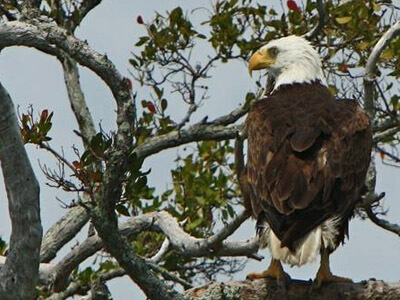 Recently I was driving down the road in an open area parallel with the Caloosahatchee River and saw a Bald Eagle flying elegantly across an open field.  Luckily there were no cars behind me so I was able to stop and take in this awesome moment.  With the Eagle’s incredible grace, its astounding poise and magnificence I can’t help but feel in awe each time I see this amazing bird.

The Bald Eagle is the National Bird of the United States of America and is unique to North America. You will find at least half of The Bald Eagle population in Alaska enjoying a tasty diet of salmon. The other half are spread throughout the United States, Canada and Mexico.  These astounding birds will usually nest along the coasts and on major lakes and rivers to be near their main food source of fish.  When Eagles migrate, it is not due to temperature change but to follow their food source of fish.  Also, if they live an area where the water freezes and they are not able to catch their food they will migrate to an area where food is plentiful.  The Bald Eagle is able to lift up to 4 pounds when carrying food or nesting materials.

In the late 20th Century The Bald Eagle was nearing extinction, but by 1995 these birds were able to recover and were removed from the Endangered Species List and moved to the Threatened Species List.  On June 28, 2007 the Dept. of Interior removed The American Bald Eagle of the Endangered Species list.  They are currently still protected by the Migratory Bird Treaty Act and The Bald and Golden Eagle Protection Act.

These astonishing birds will mate for life, but if one of the pair dies the other will find a new mate.  Also, if a pair of Bald Eagles repeatedly fail to reproduce they will split and search for a new mate in hopes of reproduction.  When migrating they will usually return to the same nest unless it is disturbed.  Nesting season begins in late September when The Bald Eagle will begin gathering materials to build their new nest or to renovate their old one.  A typical nest is five (5) feet in diameter and can weigh as much as two (2) tons.

The Bald Eagle are able to fly to an astonishing altitude of 10,000 feet with speeds up to 35 miles per hour.

After The Bald Eagle has completed their nesting ritual they will begin laying between 1 to 3 egg as early as October and as late as April.  Egg incubation lasts 35 days in which the male and the female will take turns incubating the eggs.  Once the fledglings (babies) are hatched they will begin flying from the nest by the age of 11 weeks.  The fledglings will stay with their parents in the nest for an additional 11 weeks after hatching and then leave the nest to.

Juvenile Bald Eagles are a mixture of brown and white with a black beak.  It takes about five years for their head and tail feathers to gradually turn white.  The adult Bald Eagle has a blackish brown back and breast, a white head, neck and tail and yellow talons and beak.  Eagles do not have vocal cords.  To communicate, eagles will let out a high pitched shrill sound.

A Bald Eagles eyesight is 4 times sharper than a person with perfect vision!  And, their eyes are almost as large as a humans eyes.

I hope that everyone has the opportunity to see one of these amazing birds.  The Bald Eagle are an incredible bird to watch weather they are in flight or setting their nest.

The picture at the beginning of this article was loaned to us by Rick de Zoete and is copyrighted to him.  Rick has been a welcome passenger on many of our cruises and the picture of The Bald Eagle was taken on one of our Cruises.  Rick has produced a magnificent blog which I invite you to view at http://millemots-365.blogspot.com/.  His photos are amazing and each photo is followed by fascinating testimonials about his experiences while taking the photos.  Once you view his blog, I’m sure you’ll want to continue visiting the blog frequently for updates of his incredible photos. 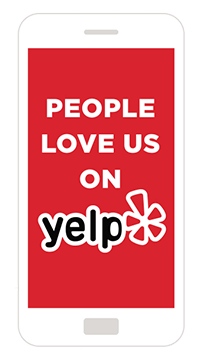